It can be hard to eat healthy when there are so many different ‘diets’ and ‘cleanses’ around, with one telling you to eat more of this and none of that, while another tells you the exact opposite! Eating healthy and taking in fewer calories than you expend will see you lose weight and feel better, but you may be wondering about some of the healthy eating ‘tips’ you’ve heard – we bust 5 of the most common ones and tell you why they’re myths! 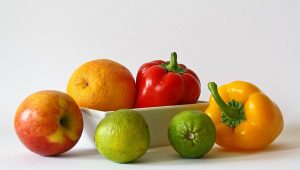 The only way eating after a certain randomly-decided time would ‘make you fat’ is if you were overeating and pigging out on junk food! Make sure to eat enough during the day if you’re one of those people who find themselves getting up for a midnight snack, and if you binge on junk at night then you need to address the behaviour and find out what’s triggering it so you can get back into healthy habits.

If you do need to eat before bed though, make sure you reach for something healthy and keep up your exercise.

Eggs are full of nutrition and make a great health food, and if you skip the yolk then you’re missing out on the majority of an egg’s nutrients.

Even though sea salt does contain minerals like iron and magnesium, they are in such trace amounts that you’d have to consume a highly dangerous level of sodium to get a decent dose. People advocate for sea salt on the basis of those included compounds, but table salt is often fortified with iodine – and you don’t need to consume a large amount to get the benefits.

If you like sea salt for its taste, then go for it! Just be aware that you can’t use more than the recommended amounts as this salt is not actually ‘healthier’.

This sounds nice in theory but it is just plain untrue. While celery has around 19 kilojoules in a 15cm stalk, your body only uses one or two kilojoules (around 10% of the total kilojoule value) to digest it.

So while celery is a great healthy snack, you’re not going to burn more calories eating it than the celery itself contains.

Don’t microwave food, especially vegetables, or they lose their nutrients

Heating your food in a microwave doesn’t affect the nutrients in that food any more than cooking/heating it another way. No matter what way you cook your food, you’ll experience a small loss of some of the nutrients – it’s unavoidable.

Microwaves have their advantages for cooking and heating; less time cooking means there’s less time for nutrients to be affected by the heat, and because you don’t need much water, fewer nutrients are lost from being leached into the cooking water. 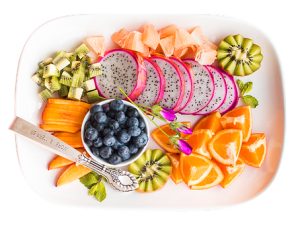